So yes, this is late. I had a house guest from out of state and an unexpected death in the family, so this post is way later than it should be.

I want to let you know what I watched for October. My favorite genre of  and my favorite Holiday. Here we go!

I am going to list these by where I watched in case anyone is looking for the title.

Tubi: Wait Til Helen Comes (based on a children's book),  Murder of Innocence (the story of Laurie Dunn), Texas Chainsaw Massacre (2003)

So October was a bit of a blend of suspense, science fiction, a few scares, and even a true story. Some of these were old favorites. I was also able to catch some new releases.

I really enjoyed all of these! I honestly can't say I didn't find any of them entertaining. By far my favorite watch was The Blackwell Ghost 7. After having seen part 6 of the , I wasn't expecting much. I was highly surprised and honestly jumped a few times. I am a seasoned pro! It takes a lot for me to jump! So if you haven't heard of The Blackwell Ghost you might want to give the first movie a try. I know it was available on Tubi for free the last time I checked. 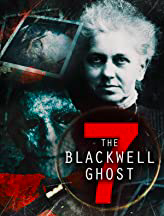 Posted by Videoclimber at 4:35 PM No comments:

Book Review: Every Last Secret by A. R. Torre

Although all the characters were nasty jerks, I somehow couldn't put this down! The writing was well done and the story flowed nicely. I enjoyed all the wickedness! 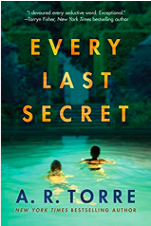 Posted by Videoclimber at 4:18 PM No comments:

This was definitely a non-stop action, thriller. It felt a bit like Chainsaw Massacre on an Island.

I did have an issue with the kids, and that is all I will say about that.

It should make a good movie as it has some strange island characters, lots of bad decisions, and a whole lot of action.

It's a quick read!

Posted by Videoclimber at 4:12 PM No comments: 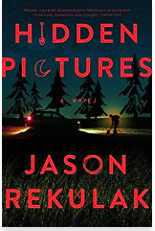 This was a really quick read, BUT, so much of it was literally not believable. The book started well and flowed nicely. Near the the book started to veer off track. By the  the book was derailed.  I can't say much without spoilers. I was left disappointed and distracted.
Posted by Videoclimber at 4:07 PM No comments:

Book Review: Out of the Corner by Jennifer Grey 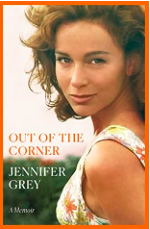 I love Dirty Dancing! I was hoping to love this book. Sadly, it was very boring at the start. The middle was okay, but toward the things felt out of order. It was hard to follow and enjoy.

She comes across as really spoiled. It was a bit ridiculous that she kept mentioning how Bristol Palin's Mom was getting her the votes on Dancing with the Stars. Why say it at all? You won! It makes you sound petty!

The only part I really enjoyed was learning that it was her idea to make the shorts for Dirty Dancing [they became a trend and still are popular]. I also enjoyed knowing that a lot of the clothing in the movie came from her own suitcase.

Posted by Videoclimber at 10:05 PM No comments:

Book Review: Back to the Prairie: A Home Remade, A Life Rediscovered by Melissa Gilbert

I was expecting a book about remodeling a rundown home, and bonding during Covid. There was a tiny bit of that, but there was way more political agenda talk. I don't care about Melissa's hate of guns, Trump, and religion.  I also don't care about her love of vaccines, , and George Floyd.

If you are going to write a political book, at least let the reader know what they are signing up for! A huge disappointment. Glad I didn't pay to read this!

I have a new dislike for her now. As I have always been told, it's best not to bring up politics or religion.

Posted by Videoclimber at 9:58 PM No comments:

I appreciate getting to hear the victims' actual stories. I really am bothered by anyone who blames the victim. I believe it happened a lot with this case. Until you have been in an abusive situation, you have no idea how hard it is.

Ms. Newell made unwise decisions, mainly because she was manipulated and scared. John could have slaughtered her family and she did what she thought was best to protect them. I truly hope Ms. Newell can move on and find happiness. I appreciate the work she and her daughter are doing to help other victims.

If you have seen the tv show and want more insight into what actually happened, this book will give you a new perspective.

* Thank you to Netgalley, Debra Newell, William Phelps, and the publisher for allowing me to read an advanced copy of this book.

Posted by Videoclimber at 4:01 AM No comments:

This blog is written by Tia Dalley. Thanks for visiting!